We are open during the pandemic!

Click here to see how we’re delivering services during this wave of COVID-19: Service Update, January 2022

For over 25 years, RaY has empowered disconnected youth through supports, training, and compassion to encourage them to make the best possible choices for their lives. RaY is a nationally recognized and award-winning nonprofit organization located in Winnipeg, MB. RaY supports youth ages 0 – 29 with integrated programs and services in a nonjudgmental and inclusive space.

To provide youth with what they need, on their terms, to better their lives.

All youth will have the opportunity to live healthy and secure lives; they will be given the chance to develop a belief in themselves through tools, information, and programs that build personal capacity in order to be self-sufficient. They will no longer require RaY’s services. 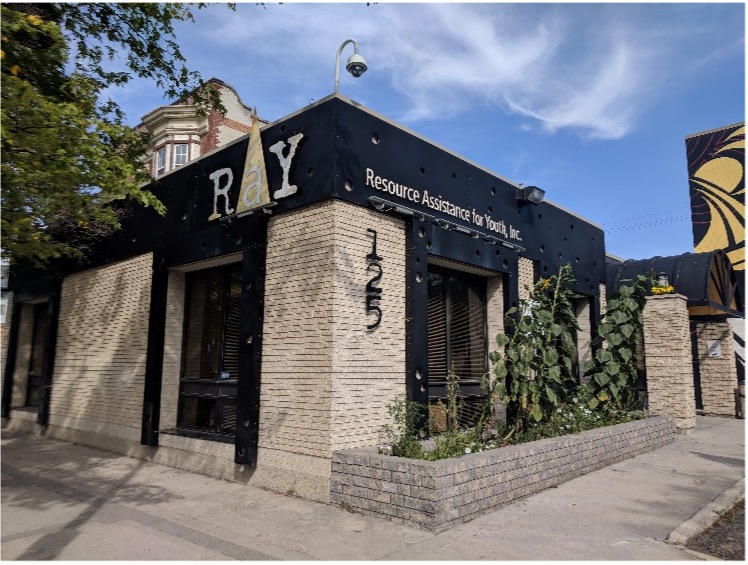 In 1971, Rev. Norman Johnston found street youth sleeping on the steps of his church in Ottawa. He brought them inside, fed them, and built trusting relationships with them. He felt they needed assistance in returning home to their families, often in far flung reaches of Canada. That’s when Rev. Johnston founded Operation Go Home, an organization dedicated to sending runaway youth home.

A place in Winnipeg

The story of RaY began in 1994 when the Winnipeg chapter of Operation Go Home opened its doors. Working out of a small ground-floor unit in a Manitoba Housing building, OGH Winnipeg existed under the same mission as its now National parent organization, to repatriate lost and runaway youth back home.

From those early days in Winnipeg, the passionate staff of OGH Winnipeg built powerful, trusting relationships with homeless and street-entrenched youth in Winnipeg. Youth began to open up to staff about their experiences and pathways into homelessness. From these conversations, it became clear to the staff and board that something needed to shift in how the organization was supporting youth. “Back home” was not always the safest place for them to be going. One youth even said, “Home? Are you kidding? I’m safer on the streets!”

A youth-centered agency is born

Across the river, another organization called Powerhouse Winnipeg was having similar conversations. In 2004, these two youth-serving organizations merged and re-branded as Resource Assistance for Youth, Inc. (RaY), with the new mission of providing youth with what they need, on their terms, to better their lives. The merger brought expanded services and a fresh way of supporting youth in a safe, welcoming, non-judgmental environment.

In 2010, RaY moved from its 1,500 sq ft space in the main floor of a Manitoba Housing building, to a newly renovated, 8,000 sq ft building at 125 Sherbrook Street, where it remains to this day. The new space allowed dedicated office space for programs, a larger basic needs area, wheel-chair accessible shower, laundry facilities, and a commercial kitchen.

Over the years, RaY developed new and innovative programming based on needs identified by youth. Several new housing programs, an employment and training program, social enterprises, and an Indigenous-led cultural program were all developed to respond to emerging needs of youth. To learn more about our integrated program delivery model, click here.

Donate Now
RaY is committed to supporting all youth under the age of 30. This includes youth of all genders and sexualities.