We are open during the pandemic!

Click here to see how we’re delivering services during this wave of COVID-19: Service Update, January 2022 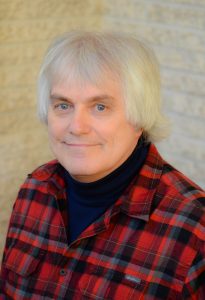 After completing high school at Garden City Collegiate, Mr. Michalchuk attended the University of Manitoba, completing his Bachelor of Environmental Studies in the Faculty of Architecture. After this, he began his career in 1979 as a machinist apprentice at CP Rail Weston Shops, subsequently moving into the role as a machinist.

Mr. Michalchuk is active in many organizations dedicated to the principles of human and social justice. In the early 2000’s he was a member of the Community Low Wage Inquiry which produced the report “Paid to be Poor”. Currently, he sits on the Board of the Social Planning Council of Winnipeg as the community labour representative and serves as the Board’s First Vice President. Mr. Michalchuk is also Chair of the Peace Alliance Winnipeg which organizes activities and actions on issues of international peace and security, democracy and Canadian foreign policy. As well, he is a member of Unifor and he has held positions both in his Lodge and national Local, and is the President of the MayWorks Festival of Labour and the Arts.

In Mr. Michalchuk’s time on the Board, he has seen how RaY has grown not just its physical size but in terms of its abilities to understand the issues it is dealing with and to work out methods to help the youth who come through its doors. One of the most significant things that RaY does is to push solutions and open doors to new ways of dealing with the problems facing youth on the streets. RaY is of great value to the community because of what it does to help youth and equally important is the fact that the through RaY the community is provided a way to understand the depth of the problem it faces with its most vulnerable youth.

In Mr. Michalchuk’s off time he enjoys photography, graphic design, drawing and painting.

RaY is committed to supporting all youth under the age of 30. This includes youth of all genders and sexualities.